The super ads of the Super Bowl 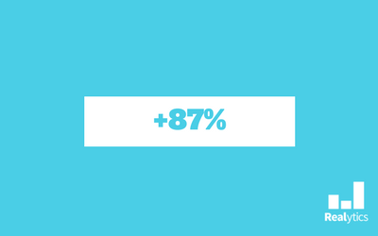 The progression of the average price of a 30-second ad in Super Bowl game during the past decade. So, how much does a 30-second ad cost, would you ask. $5 million!

For this 52nd Super Bowl (Feb. 4th, 2018), the average price of a TV ad will skyrocket and reach even 5 million dollars. The global advertising revenues goes as high as 543 million dollars in a single night, only outstripped by the ones of the Olympic Games (2 billion dollars, but spread out on 3 weeks).

What does it say about TV? That it is still a powerful and attractive media, no matter haters can say. That's the preferred media chosen when trying to reach a large group of persons - and we are here talking of reaching around 110 million TV viewers! The Super Bowl is the perfect moment then to present ads that are federating their audience and creating emotion.

Plus, let's talk about the audience: it is a very attentive one! The TV viewers are not switching channels during the break, they are actually watching it! We know they are probably the most expansive 30-second of TV, but still it is something not to miss if you can. We know the budget are pretty heavy (we're talking of more than 10 million dollars) but it is worth it :)

To conclude, TV is a powerful media, and it gets even more glory on Super Bowl Night, when advertisers go crazy and TV viewers are there to watch. It is a great night to be present in TV!