2 misconceptions about TV Analytics and Drive to Web

TV is not a medium only used to imrpove the drive to web - and digital is not only mastered by kids; here are 2 misconceptions Realytics proves wrong.

The misconception: TV Analytics is only linked to drive to web objectives

You don’t have a website (are you for real!?), your TV campaign is promoting your mobile app, you put your call center forward… In a nutshell, your CTA is not promoting your website. 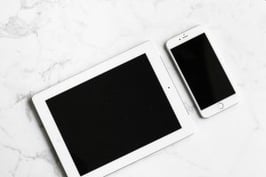 Let’s go straight to the point: today, the drive to web is one of the main preoccupation of our clients. But it is not the only one!

The consumers are getting more and more digital, and they lead to an evolution of the way advertisers act and the apparition of new points of contacts.

TV is actually not only drive to web, but also drive to app, drive to call and drive to store! First of all, the apps. They are really trendy! Users install roughly 1 app per month, and more than half of them install 2 apps. Usually, advertisers could observe up to +60% more app installs and +21% leads following their TV campaign.

TV campaigns can also drive users towards a call center; these drive to call campaigns a highly efficient in creating a new way to make your services and products known. This precise analysis of a campaign’s performance helps advertisers better optimise them.

Call centers are actually getting digital too, and it makes it now possible to trace back the origin of a call to a TV-viewer who has seen the TV spot.

Lastly, TV is also a powerful drive to store media. You are not selling anything online but are still using the web to redirect your consumers towards your store? This drive to store is measurable thanks to an unique partnership with Temelio that helps measure the impact of a TV spot on the in-store visits.

Offline or online, Realytics can measure anything!

The misconception: Why expect a drive to web  impact when your targeted audience is senior?

What we analyse at Realytics is the impact of a TV spot in digital. It implies that the TV viewers are using their phone, computer or tablet when watching TV and that they will react to a spot sonner (direct) or later (indirect). Often Advertisers think, that an older target group isn't fitting in with these pattern.

More than just the age range, the gender also seems to be often wrongly interpreted. Let’s take for example the differences of productivity between men and women. Who, do you think, is the most reactive to a TV spot? Men! And their productivity is 3 times higher than the women’s.

The traditional socio-demographic targeting isn’t enough to explain some behaviors. Could you even think that 79% of Mixa Baby cream and 70% of Vanish are not purchased by women in charge of purchase with kids? That 58% of buying households of kids’ yoghurts are not homes with kids less than 15 years? Yet, that’s what TF1 Publicité could observe, in partnership with Kantar.

And it is only if precisely analyzing your TV campaigns that you can make sure your TV ad was efficient and has aimed your target.

How could you know without Realytics? You couldn’t.

And you wouldn’t be able to optimise your future TV campaigns by putting more pressure on the most reactive targets.