Rise and Facts of this key american sport event:
the Super Bowl

It is the favorite sport finale of the US, and the second day where they eat the most (after Thanksgiving): the Super Bowl. This huge american football finale acknowledges the Champ of the Champs, the one that will become the great winner of the 2 Conferences (East and West).

When saying Super Bowl, it actually means Super Big: this event is not to be missed. There are around 111 million Americans and 180 million people (the population of Nigeria) worldwide who follow it on TV, and it is interrupted by the most expensive ads!

The average price of a 30-second spot actually grew 87% over past decade high of 5.05 million dollars in 2017. The grand total of ad revenue during this day raises to $534 million - with both pre- and post-game ads. 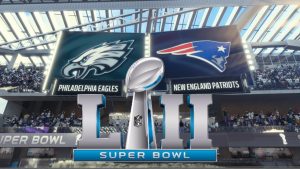 You got it: the Super Bowl is no event to kid with. Here are some of the best things about it:

The great American Football Finale is not to be missed, both by TV viewers and advertisers, because of it advertising, sporting and musical performances, with a half-time concert usually awesome - Justin Timberlake will be the one singing at Super Bowl LII, and Realytics' girl team is already quite excited about it...

« Realytics & Google Analytics: how to better use those tools Have you met Héloïse, Customer Success Manager at Realytics? »