The value of emotion. Such are the findings of an American study, made by Canvs, in partnership with the agency Starcom Mediavest Group and Twitter. More than 3,500 TV-viewers, using Twitter or not, were asked to watch the same TV show. The day after, Twitter asked them to share their feelings regarding the TV show, if they recalled the ads that aired, if they liked the advertisers...

The result? The ads that aired during a TV show that elicits emotional reactions have 48% more chance to be recalled by the TV-viewers.

The TV-viewers who were on Twitter while watching the TV show have 62% more chances to recall the brands that advertised during the break. It appears they are not distracted at all by their second-screen and the social media, but are actually really responsive to the messages displayed by the advertisers. How they react on Twitter and how they engage afterwards are both really high.

Among those TV-viewers, those who showed their emotions about the TV show on Twitter (with words like "love", "excited") are 3 times more likely to recall those ads, and 61% of them said they were likely to purchase from the TV advertiser.

We already showed how efficient a Facebook retargeting is, with a cross-channel scenario with AlloResto by JustEat, and it is now retargeting on Twitter that proves to be juicy. Advertisers who chose to broadcast their ad during an emotional TV show, and draw the TV-viewers to share their emotions on Twitter, can retarget them on Twitter afterwards and customise their message.

Another great example of how TV and digital converge, and how essential it is to pursue the customer experience from TV to digital.

You want to create your own cross-channel scenario? Click right here. 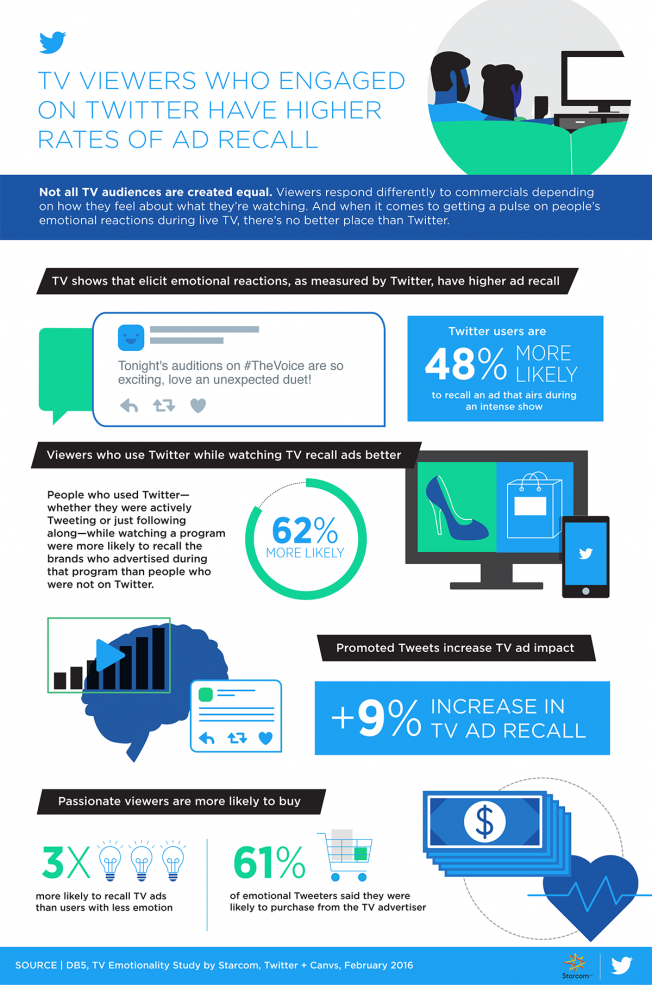 « Realytics, n°1 for TF1 Publicité and its TV analytics solution Choose TV, or how to benefit from the most powerful media of the world »